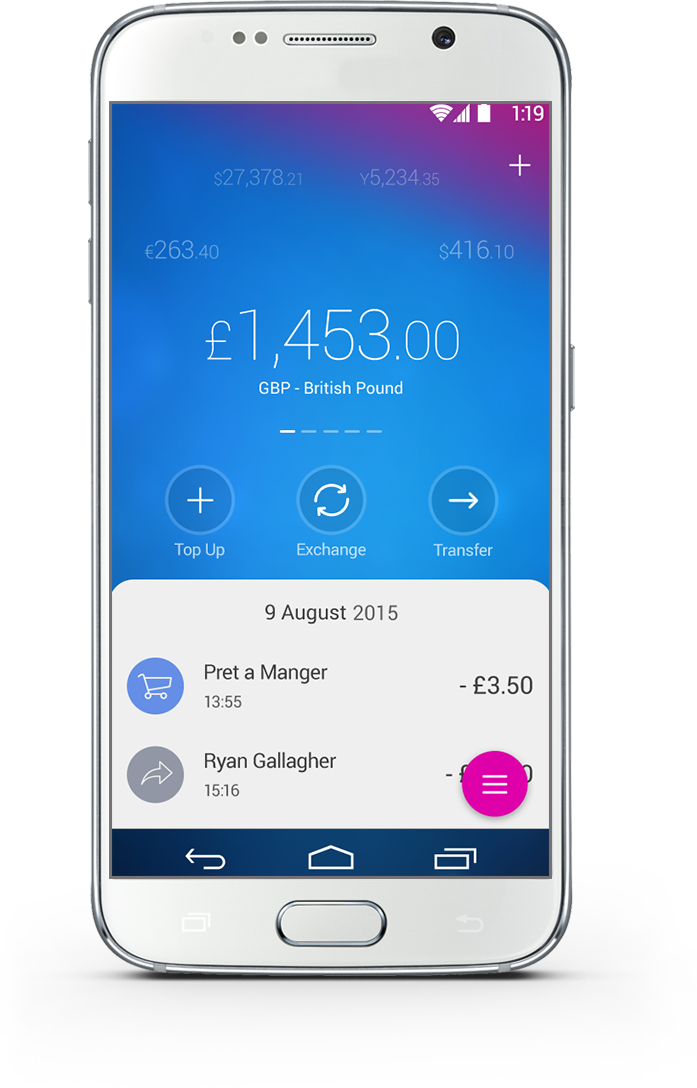 LONDON — Fast-growing fintech firm Revolut has become the latest company to get into the crowded „neobanking“ market — apps that are either banks or offer services so close to banking that they may as well be.

The startup announced a suite of new product features that lets people from 42 countries open what amounts to a UK current account from their smartphone in under 5 minutes.

The new features mean customers get a personal account number and sort code, can accept payments including a salary into their Revolut account, and transfer money to any UK bank in approximately 30 minutes. Using tech smarts, Revolut is able to do all that without requiring a banking licence.

Revolut says in a release announcing the new features that it is pitching the services to expats who come to the UK and are „presented with an impossible catch-22,“ says Vlad Yatsenko, Founder and CTO of Revolut. „To rent or buy a home, you need a bank account. But to get a bank account, you need proof of address.“

It’s a departure for the 18-month old startup, which started out as simply a prepaid foreign exchange card linked to an app. Users load money onto the card using the app and then can spend it around the world, getting the best rate available, directly from MasterCard.

Revolut makes clear in its press release that it has ambitions to be in banking, rather than just FX — the press release is headed: „Revolut leads the race in becoming a genuine alternative to a bank.“

Good luck to them — but as I’ve pointed out several times before, the „neobank“ market in the UK is spectacularly crowded.

There are app-only startup banks (Atom, Monzo, Starling, Tandem); foreign exchange cards (Revolut, SuperCard); spending management apps (Loot); business accounts (Tide); accounts for migrants and the low paid (Monese, Pockit); and even a card to help you manage all your cards in one (Curve). Collectively, these startups have raised hundreds of millions of pounds.

The market is so crowded that the latest entrant, DiPocket, which launched on Friday, is part of a backlash against the original wave of startups. Fedele Di Maggio, CEO and co-founder of DiPocket, told Banking Technology that his startup is a „second generation of fintech“ and „has a thing or two to teach other ‘neo-banking’ start-ups,“ as it works on all its own IT systems rather than through third parties.

Tandem cofounder Ricky Knox told me recently: „All of those guys are slightly stuttering at the couple of hundred thousand level. You get deep into the early adopter crew and all of them are slightly unsatisfactory customers as most of them have quite a lot of trial behaviour going on. How you break out from there into the mainstream is a massive challenge.“

To its credit, 18-month-old Revolut seems to be making a good go of it. It announced this week that it has signed up 470,000 users, up from 330,000 last November. It struggled with some licencing issues at the end of last year that prevented it from issuing new cards but these were quickly resolved and cards are flying out the door again.

However, the second big problem facing the market, besides competition, is making money. Most in the market find that to grow they must give away large parts of their service for free — Monzo loses £40 per customer per year on its cards.

Likely battling with this problem, Revolut introduced new fees at the backend of last year. But the new products it’s launching are likely to add more costs as well as add new users. Current accounts are famously loss-making for even the biggest banks and are only offered for free because UK bank regulations demand it. (In reality, there are hidden fees, such as overdraft charges.)

Fintech business Modulr works with Revolut to help offer the bank-like services, and client money is held with Barclays. Neither are likely to be working for free. Revolut has also recently rolled out a chatbot and a bill splitting feature — again, costly.

Of course, investors and the company will say that this is all investment, both in the product and, hopefully, in customer growth.

But you can only burn money for so long and it’s unclear how good an investment giving your product away for free really is. Monese, the banking app aimed at migrants, pivoted to a paid-for product last year after it realised it was only adding users because it was free and people stopped using it once charges kicked in.

This week N26, a German app-only bank, introduced a lending product — a vital revenue stream. Monzo will introduce overdrafts alongside its current accounts.

Revolut has raised around £17 million since mid-2015, most recently raising over £7 million from VCs and a crowdfunding campaign last summer. It is unlikely to be pressed for cash but, eventually, it will have to find a way to monetize.

Discussing the sector generally, Tandem’s Knox told me recently: „I’m not sure they know what their long-term revenue strategy is.“

„It will become clear over probably 5 years who the real winners are. I think this year you’ll see some people get some pretty decent customer traction which people can get quite excited about. But I think until people can prove customer traction and monetization, that’s when from a VC perspective people will start to pick winners. We’re so early in the process of finding out what digital banks mean.“